With the change of season the activities of the Dacians changed radically, and in this material we will try to discover what was the way of life of our ancestors during the autumn.

Răpciune, Brumărel and Brumar  are the traditional names of September, October and November, and these names tell us about the changes in nature, essential elements of Dacian life. First of all, we must remember that the population in the Carpathian area was concerned with animal husbandry, agriculture and trade, the three tasks of the Thracian nations occupying most of the attention and time. The breeding of animals was considered the main food source of the Dacians, and during the autumn there were countless specific activities, some of them kept by the shepherds of today.

We can see that in the mountainous areas there was still the object of moving the sheep before the beginning of winter because the temperatures begin to fall, and the sheep and goats do not have so much food in the high areas of the mountains. The changes in nature also affected the feeding of cattle or pigs, these being the most widespread animals in Dacian farms, according to archaeological evidence. Men if they were experts in hunting and gathering fruits and plants from forests, but with the fall of the haze, in October – Brumărel, the food from the Dacians’ kitchen will come mostly from their own farms, sheep and cattle providing milk, cheese, butter and yoghurt, very important dairy products in the culture of our ancestors. The need for calories and protein will be met by pork and beef, which is much more nutritionally rich, but there are some sources that claim that some Thracian tribes also consumed horse meat.

Also during this period of the year, the organization of cereal deposits takes place, after a rich summer if the Dacians stored in different cereals vessels, so that later they would be buried or stored in underground rooms. Also in the vessels was stored and the most important liquid for the Dacians, the numerous cultures of vines offered to our ancestors must and wine, two foods that were recognized and appreciated throughout the ancient world. During the Roman administration, vineyards increased even more, because the wine produced in the Dacian provinces was sought in every corner of the Roman Empire. The wine production was only diminished during the reign of King Burebista, who, at the advice of the Deceneu priest, tried to limit the consumption of wine, but with the exception of this period the population from the territory of Dacia was recognized for the special attention paid to the cultivation of vines and wine production.

The harvesting and fermentation of apples or plums is another seasonal activity because from these fruits which were found in the wild in their natural form or cultivated in orchards, another alcoholic beverage is intended for consumption during the cold season, especially of the class of ordinary people, named as “comatus” by the Latin documents.

During this period the Dacians were also very concerned about the annual tasks for preparing the bees for the cold of winter, beekeeping was another predominant activity of the Dacians, and in the autumn months our ancestors were caring for the bee families for the cold winter and the vagaries of the weather. Very obvious evidence of how to prepare bee families was not found because our ancestors had a wood culture and the remaining indices are very few and unclear, but written testimonies about the tragic civilization lifestyle and appreciation for honey products are evidence of the fact that the bees were part of the special relationship of the Geto-Dacians with nature.

We will also remember that with the decreasing of the illuminated period of the day  activities were reduced, withdrawing more and more from the work on fields or from the forests, during this period the number of social gatherings multiplied, many ceremonies and political meetings take place below guidance of priests or leaders. Also, it should be mentioned that as winter approaches, the frequency of attacks by wild animals increases, a topic which we will provide more details in a future material.

In conclusion, we can say that the change of the season had a major influence on the lifestyle of the Dacian population, as evidenced today by those people who still maintain the customs and crafts of the ancient Dacians, a people whose existence was closely related to nature, the main source of  food, shelter materials, clothes and other resources needed to make tools or weapons. 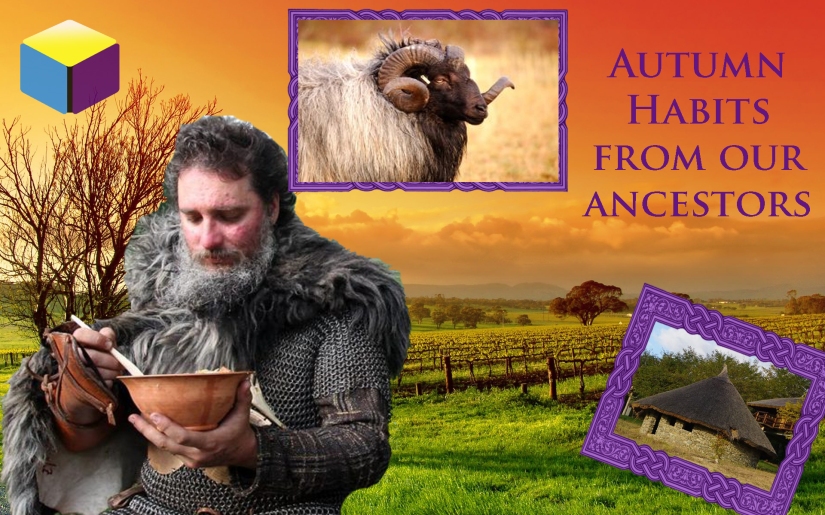